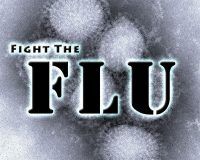 Author: Nancy M. Silva, MD, FAAP | Category: Uncategorizedno comments | Tags: deaths, flu, vaccine
The 2012-2013 Flu season started & peaked earlier than it typically does with cases documented as early as September  2012 and peaking in December 2012.  In addition, The past Flu season brought had a higher death rate for both seniors and children.   149 documented children's death occurred due to Flu.  This is about 3 times higher than the average season.  In addition, senior over the age of 65 wet hit hard as evidence that they accounted for more than half of the hospitalization rates in the U.S.
While it is summer time, it is important to think about Flu shots now.  Typically, physicals are done in the summertime.  That is also the perfect time to receive the Flu vaccine.  Your child will be protected before the season & before they are exposed to other children when school restarts.
For more information about the recent Flu season, disease and vaccine, please go to http://bit.ly/14sECUM and https://www.cdc.gov/flu/weekly/usmap.htm
14
Jan

The Centers for Disease Control and Prevention (CDC) have a U.S. weekly surveillance report.  As of last week, the rate of death due to flu with pneumonia reached a level above what is considered an epidemic threshold.
In addition, 9 out of 10 U.S. regions showed elevated levels of influenza-like ilness.  47 states have a reported widespread level of the flu.

What can you do to prevent yourself or your family from getting the flu?

Get vaccinated.  The vaccine has been available since late last August, so it may not be as readily available. However, nowadays you have more locations where you can get the vaccine.  You can go to your doctor, your child's pediatrician, a local pharmacy, or the health department.

Good old fashioned hand washing is helpful, as flu droplets may linger on countertops and other objects.

Lastly, it may sound simple, but stay away from people who are coughing or appear to have cold symptoms. What looks like a cold one day, may reveal itself to be the flu on the next day.  Flu is contagious fom 1 day before aymptoms develop & 5-7 days after flu symptoms start.

Author: Nancy M. Silva, MD, FAAP | Category: Uncategorizedno comments | Tags: AAP, CDC, flu, health care, IDSA, mandatory, NPSF, personnel, provider, SHEA, shot, vaccination, vaccine
This September, the American Academy of Pediatrics (AAP) issued a statement that they support all healthcare personnel receiving a mandatory annual flu vaccination. The National Patient Safety Foundation (NPSF), the Infectious Diseases Society of America (IDSA) and The Society of Healthcare Epidemiology of America (SHEA) are other organizations that are also are in favor of such a measure.
Does your provider receive the Flu vaccine annually? You may be interested in knowing that bit of information. After all, if an unprotected health care provider becomes ill with the disease, that provider is now a source of the illness and can infect patients and other office staff members without having any intention of doing so.
Currently, the Flu vaccine is a voluntary vaccine for all health care personnel. However, the risks are different for the health care provider versus the patient. If a health care provider gets infected with the Flu, he/she will most likely infect many other patients before he/she is even aware that he/she has the illness. In my case, this could have devastating effects for the children I examine, especially those with chronic diseases such as asthma. Hence, very year I make sure to get the Flu vaccine. Getting vaccinated is the best way to protect myself, my patients, my family, and friends from contracting the Flu.
There is a Centers for Disease Control and Prevention (CDC) report that stated that last January, approximately 35% of health care workers get Flu vaccinations. Nurses have some of the lowest rates of Flu vaccination.
28
Nov

Swine Flu aka H1N1 Flu has everyone up in arms. Some people are fearful of the disease, others of the vaccine. Every day, after I examine their sick child, loving parents ask me, "Is it the Flu? Is it the bad one?" And if it's not Swine Flu, I hear, "Oh thank God; it's not Swine Flu." I also hear, "I don't know. It's just too new. I'm afraid. Besides, we never get the Flu shot; we never get the Flu."

So what do you do? Get the vaccine.

It's safe. It wasn't made any faster than any other annual Flu vaccine. The difference is that the strain is known; it's specific. Instead of 3 potential strains, it's the H1N1 strain.

Here are the facts. Since April 2009, The Centers for Disease Control and Prevention (CDC) has noted 200 Flu related pediatric deaths in the United States. 171 of those deaths were documented as H1N1 Flu, one of those deaths was due to Flu B, and the other 28 were non subtyped Flu deaths. Let's put that in perspective. In the 2007-2008 Flu season, there were 88 Flu related pediatric deaths in the U.S. Making this season clearly worse. And the season isn't even close to the end.

The reality is that millions around the world will get the Swine Flu. Few of your children will die from it. However, many of your children will get the disease. Your child will have to stay home from daycare or school. You'll lose work. You will wonder if your other children, family, friends or even if you will get the disease from them. Many of you will spend many sleepless nights worrying whether or not your child will be okay. And even after they're better, you will fear the secondary infection that's just around the corner. The Flu weakens your immune system leaving you susceptible to other bacterial infections, like pneumonia.

There's one question you need to ask yourself. Do you really want to sit there thinking you could have prevented this moment?