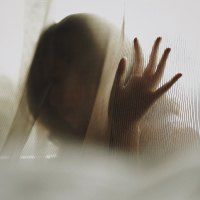 On Tuesday, March 27, 2018, William Strampel, former dean of Michigan State University's (MSU) osteopathic medical school from 2002 to 2017, was arrested Monday evening and taken to jail on four charges — one felony and three misdemeanors.  He was charged with sexual assault and sexual harassment against four (4) former medical students at MSU.  He also failed to deal appropriately with complaints about Larry Nassar.  The Michigan Attorney General’s Office has an ongoing investigation of the role others at the school may have played in crimes committed by Mr. Nassar, the former MSU and USA Gymnastics physician accused by more than 250 girls and women of sexual abuse.

In January 2018, Former U.S. Olympics Medical Doctor, Nassar was sentenced to 175 years for sexual abuse of over 250 female athletes.  Prior to that he was sentenced to 60 years jail time for ownership of thousands of images of child pornography.

How did he do so much to so many young girls and ladies? He sexually abused over 250 girls and women.  Surely, people knew.  Now, Strampel, his ex-boss at MSU Medical School has been charged with sexual assault and harassment of female medical school students.  Nassar was USA Gymnastics' national medical coordinator since 1996 until he was fired in 2015.  In April 2014, when Amanda Thomashow, a MSU student, complained about Nassar's sexual abuse of her on campus, Mr. Strampel stopped Nassar from treating students for two (2) months, then came up with protocols, in order to prevent the same "misunderstanding" from happening again.  However, Strampel never told anyone at MSU or the authorities the accusations, Nassar's conduct, or Strampel's plans.  In August, only two (2) months later, another woman complained again.  Nassar admitted he didn't follow any of Strampel's guidelines.

One has to wonder why?  Simply, Strampel admitted to Michigan State police and the FBI that he never followed up to see if Nassar was following the protocols.  Protecting MSU's reputation may have indeed had something to do with it.  However, Strampel was also protecting himself.  Authorities have since found evidence to Strampel’s own crimes on his work computer.  Allegedly, investigators found about 50 photos of pornography, many of them he solicited from MSU students Also, shockingly, a video of Nassar performing “treatment” on a young female patient. So Strampel knew all along, but did nothing to stop, prevent, or report it.  Clearly, he was protecting himself.

Mr. Nassar's sexual abuse of female athletes was not limited to USA Gymnastics, it also included his time spent with the USA Olympic team at Karolyi Ranch (now closed, former US Women's National Team Training Center and a US Olympic Training Site), MSU, Twistars gymnastics club in Michigan, his office, and his home, sometimes while parents were in the room.  He'd explain that his intravaginal therapy was medical treatment for their hip and physical injuries.  However, even if there weren't hip injuries, he would still perform his intravaginal treatments.  He also didn't use exam gloves.

These young girls felt uncomfortable with his treatments, but didn't know that it was sexual abuse.  They didn't want his treatments anymore.  Mattie Larson gave herself a head injury in order to avoid going to Karolyi Ranch.  She was abused from the time she was 14 years old for five (5) years until she retired in 2011 at 19 years old.  Olympic Gold medaist, Aly Raisman was one of many young women who confronted Larry Nassar in court prior to his sentencing regarding the sexual abuse.  She had spoken in a most compelling, strong and determined manner.  The video of Aly Raisman's court speech is compelling beyond words.  Other Olympic gold gymnasts, Simon Biles and Gabby Douglas state they were abused by Nassar as well.  Lawsuits by Aly Raisman and another olympic gymnast, McKayla Maroney have been filed against MSU, USOC, and USA Gymnastics.

On March 2, 2018, Jacob Moore became the first male athlete to accuse Nassar of sexual abuse. How many other men will follow?  Time will tell; but I wouldn’t doubt that there’s many more.  He and his sister filed a lawsuit against, stating they were sexually abused and harassed by Nassar.  Moore, his sister, along with 200 women filed a federal lawsuit against Nassar, USA Gymnastics and MSU. Moore states that Nassar brought Moore to his basement treating his shoulder injury with genital and pubic acupuncture.

Fallout from the Scandal

In the fallout of the scandal, many more people in position of high authority in their perspective organizations have resigned, been suspended, or fired.  Their involvement, lack of action, suppression of information, ability to ignore and look away, essentially helped  Nassar commit his many crimes against these ladies.  MSU's President Lou Anna Simon and Athletic Director Mark Hollis, USA Gymnastics Board of Directors’ Chairman Paul Parilla, Vice Chairman Jay Binder and Treasurer Bitsy Kelley all resigned after Mr. Nasar'sNasar's sentencing.  USA Gymnastics suspended former U.S. women’s national team coach John Geddert, the owner of the Twistars. US Olympic Committee (USOC) CEO Scott Blackmun resigned as well. How many more will fall?  Undoubtedly many more will fall.  Wait and see.

Talking to My Patients About Sexual Abuse?

It is important to talk to both our daughters and our sons about sexual abuse.  It’s important to discuss details. Of course, age appropriate conversations need to take place.  As a pediatrician, whenever it’s time to examine genitalia, I’ve always done so with the parent/trusted adult in the exam room.  I talk with children about feeling safe when a parent or a trusted adult is around, that know one should look at you, touch you, or touch your private boy/girl parts, mouth, or bottom alone, not even a girl doctor like me.

How Do I Talk with My Kids about Sexual Abuse?

On a personal note, we have had this conversation with our son several times since he was seven (7) years old.  The talk has changed over the years.  As his body self-awareness increased, suddenly, I realized I was only discussing his “front” genitalia.  One day, I asked my young son, “What if someone wants to touch you butt?  What if they want to put something in your mouth?”  Shockingly, his young self said, “Okay.”  I had to teach him that it wasn’t okay.  Does Mommy or Daddy every put anything in your mouth?  Your butt? Then, he realized it wasn’t okay.

Nowadays, I talk with him directly about Larry Nassar, how he groomed these girls and the boys, the horrible secrecy, the bravery of the girls and the boys who tell their stories.   Frankly, he needs to know that these monsters exist, that they don’t look like monsters, that their friendly at first, until they trap you.  But they can be stopped. He can avoid them, and needs to talk about them just like these women and young man did.

I’ve also taught him that if he sees something happening to someone else, he needs to say something.  Children sometimes don’t want anyone to know what they’ve seen. They may not feel safe.  They may not feel their parents can be safe if they tell.  So, it’s important to let them know that abuse can be reported anonymously by calling 1-800-FL-ABUSE.  Silence is dangerous.

How to Talk About Sexual Abuse with Your Children

It is so important to talk with our children about sexual abuse.  These brave young girls, women, and young man have helped open doors to this conversation.  No one ever thinks it will happen to their children.  Usually, it's by someone the child knows, as opposed to a total stranger.  In fact, the sexual abuser usually grooms them to make them feel special.  The MeToo Movement showcases exactly how important it is for parents to discuss sexual abuse with their children.  It is an uncomfortable discussion.  But it’s never enough conversation.  Repetition over the different ages is crucial, as children’s understanding increases with age.  Parents are the key.  Reading the AAP article about sexual abuse can help you start this conversation, recognize risk factors, and prevent sexual abuse from happening to your children.  Talk about it, the abuse you talk about today may be the abuse you prevent tomorrow.

It is never easy to see a child who has possibly been sexually abused. It's especially not easy when the family tells you that no one other than family members have every been with, cared for, or babysat the child.  As a pediatrician, I have had to see the pain on a mother's face that not only does she need to consider her child may have been abused, but also it may have been by someone close to her, someone she loves.  It's heart wrenching for everyone involved. Such was the case today.  It moved me to write this, as many people need help or information.

Unfortunately, child abuse is common.  The news frequently has reports about sexual and physical abuse.  We often don't think someone we love could hurt our children.  Unfortunately, they can and they do.  The reasons why are complex.  The reasons don't really matter.   The reality is that families are under a great deal of stress.  In addition, children often have special needs.  This puts children at an even higher risk of abuse.  Counseling may be helpful for some families or children.  However, it's important to know the warning signs. Because even if you are not a family with stress, you undoubtedly have people in your life that are dealing with stressful events in their lives.  This may impact you if they have access to your children.  Protect your children at all costs possible.
What matters is that you prevent it from happening in any way, shape, or form.  Although we constantly hear about horrendous child abuse, we don't hear or discuss the just as potentially paralyzing cases of emotional and verbal abuse, or even neglect.  Whether it is your child or not, if you see or even think you know of a possible case of child abuse, consider calling in a report.  Even if you are not sure, it will not be held against you.  Chances are you could save a life.  It is anonymous.  You will not be tracked in any way.  Every state has an emergency abuse hotline. In Florida, it is 1-800-FL-ABUSE.  As a pediatrician, I am under a legal and ethical obligation to report any possible child abuse.  Yet, if each of us were more involved with what we see around us, we could help protect all of our children.
The American Academy of Pediatrics has some very helpful information titled, "What to Know About Child Abuse" http://bit.ly/12BdNf7 and "Child Abuse: What Evry Parent Should Know." http://bit.ly/1aW8IGs